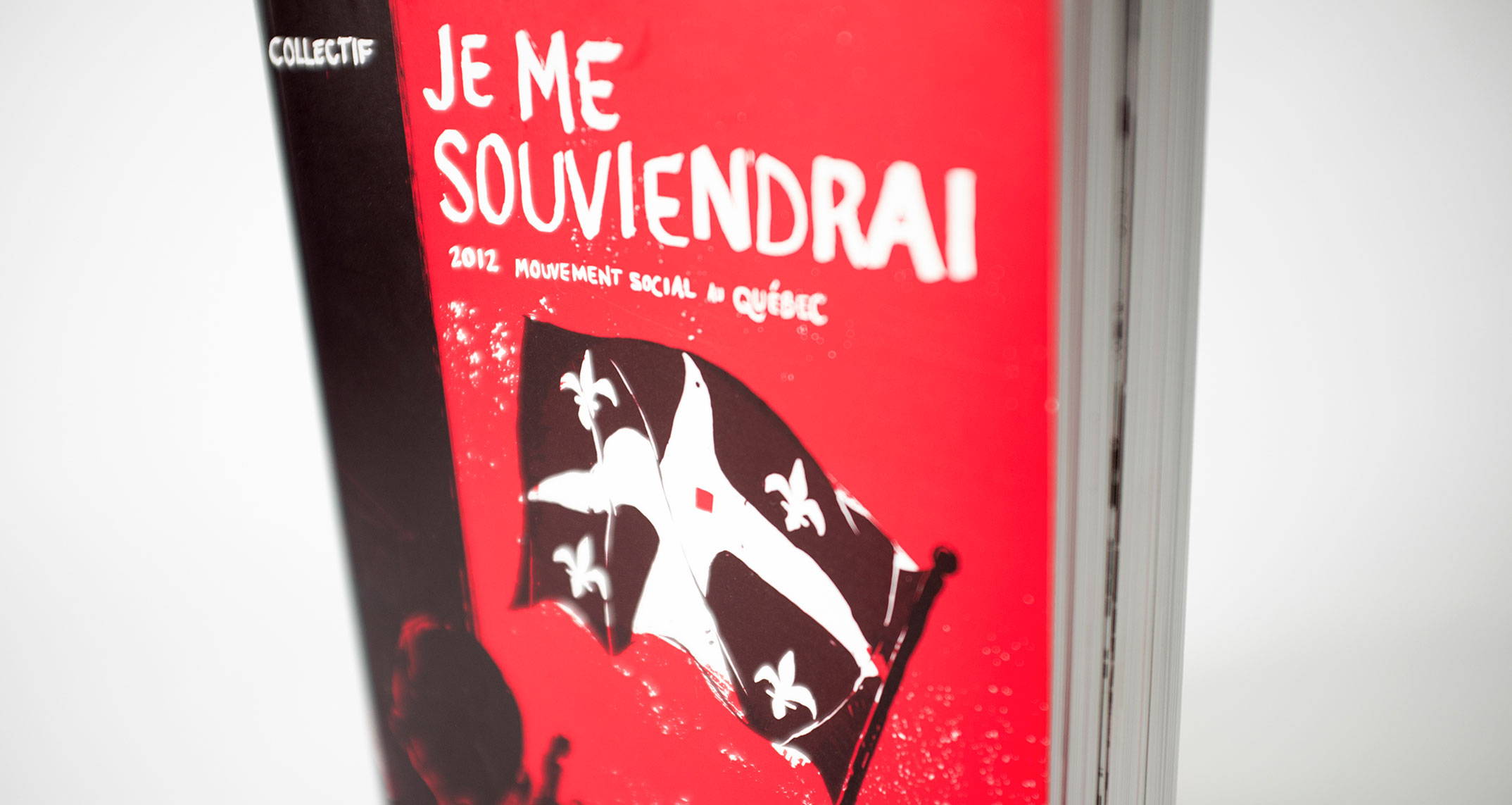 JI will remember / I will remember  is an anthology that packs a serious punch. It's a resounding cry out loud from journalists, cartoonists, illustrators, photographers and writers from many different backgrounds who wanted to tell the story of the 2012 student protests in Quebec, better known as the Maple Spring.

Initiated by "Soulman" André Kadi, a cartoonist from Quebec, Je me souviendrai came together while large student protests were underway and negotiations between student unions and the Quebec government had broken off.

Fred was one of the first artists approached to participate in the project that was eventually printed by The Bubble Box, a publishing house based in France. 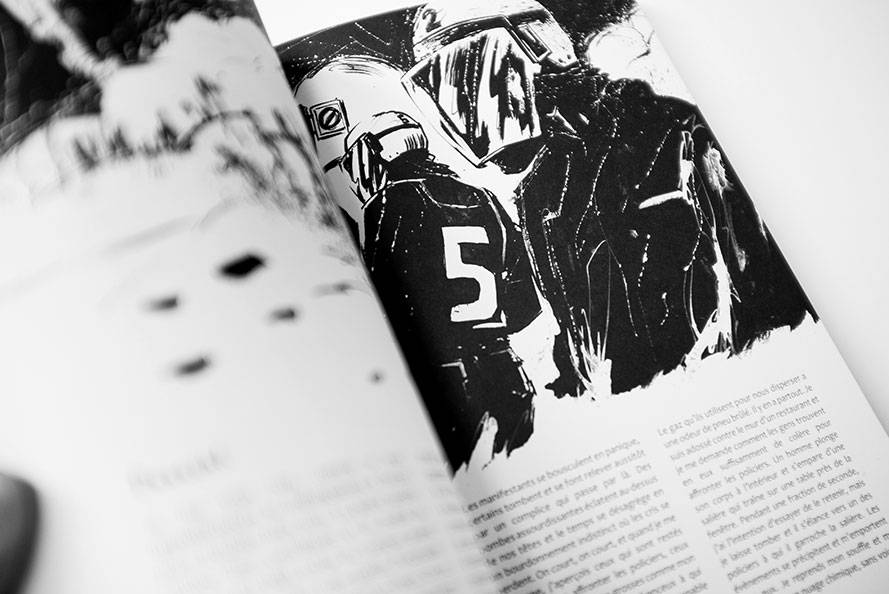 Put together in two weeks, this 250 page book illustrated how these student protests became a social movement in Quebec. Fred illustrated about thirty pages, two dozen of which helped portray Does More Sleep Who Wants, Simon Brousseau. All royalties were given to Quebec`s biggest student unions, ASSÉ (Association for Student Union Solidarity).

Fred believes the Maple Spring was to Quebec what the Paris riots of May 1968 were to France and, hence, the importance to document it. 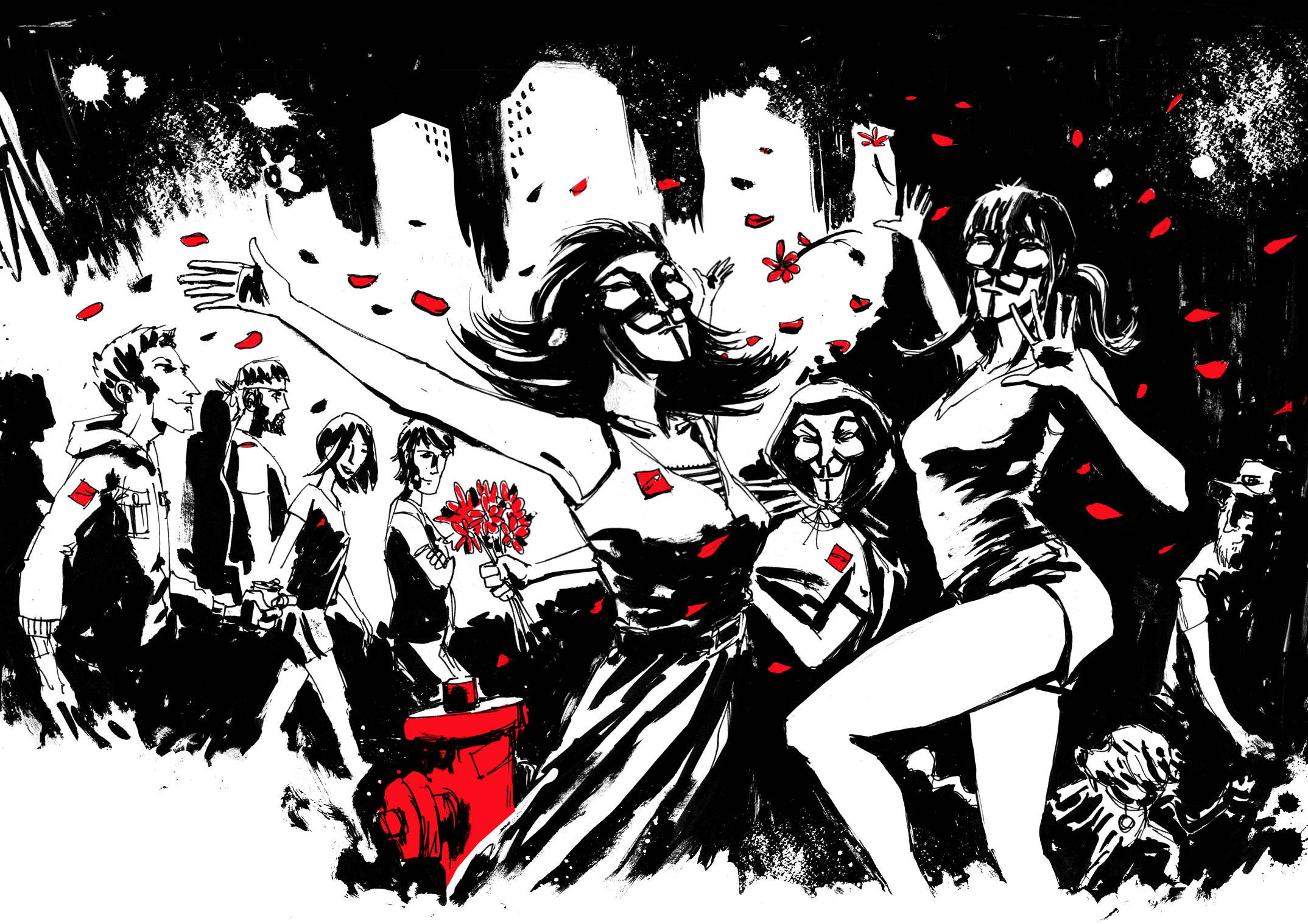 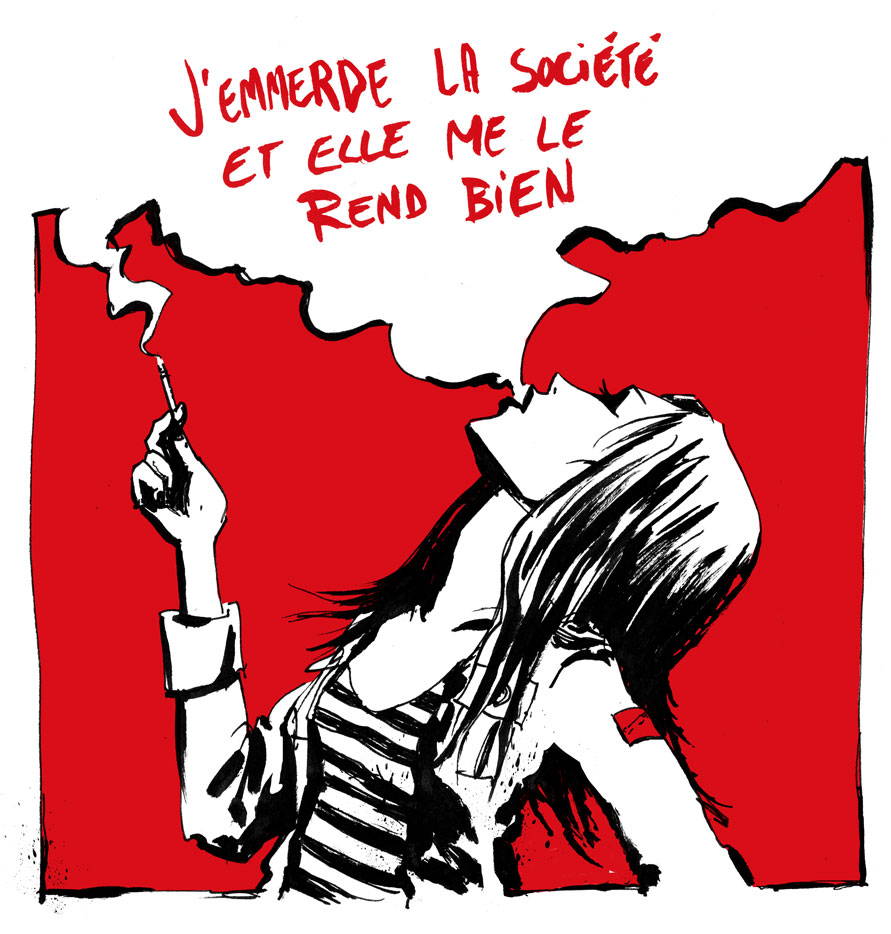 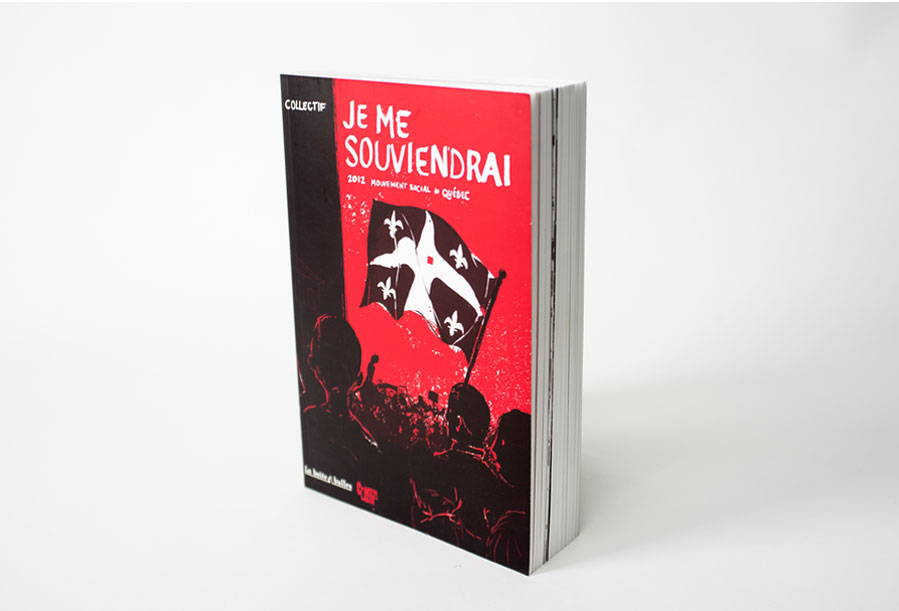 While the tone is more politically motivated than usual, there are so many things in the world, and so on. ..

See the collection of illustration from this publication

The Blue Dragon is a graphic novel adaptation of the play by Robert Lepage and Marie Michaud. This project is both a springboard and a challenge for Fred who is dedicated to fullness, from 2009 to 2011 ...

While the tone is more politically motivated than usual, there is continuity with his other projects: the characters embody grand ideas and, as is often the case in the stories Fred tells, they’re being tested by a world that will make them grow...

A collection of illustrations from this publication is available for purchase.